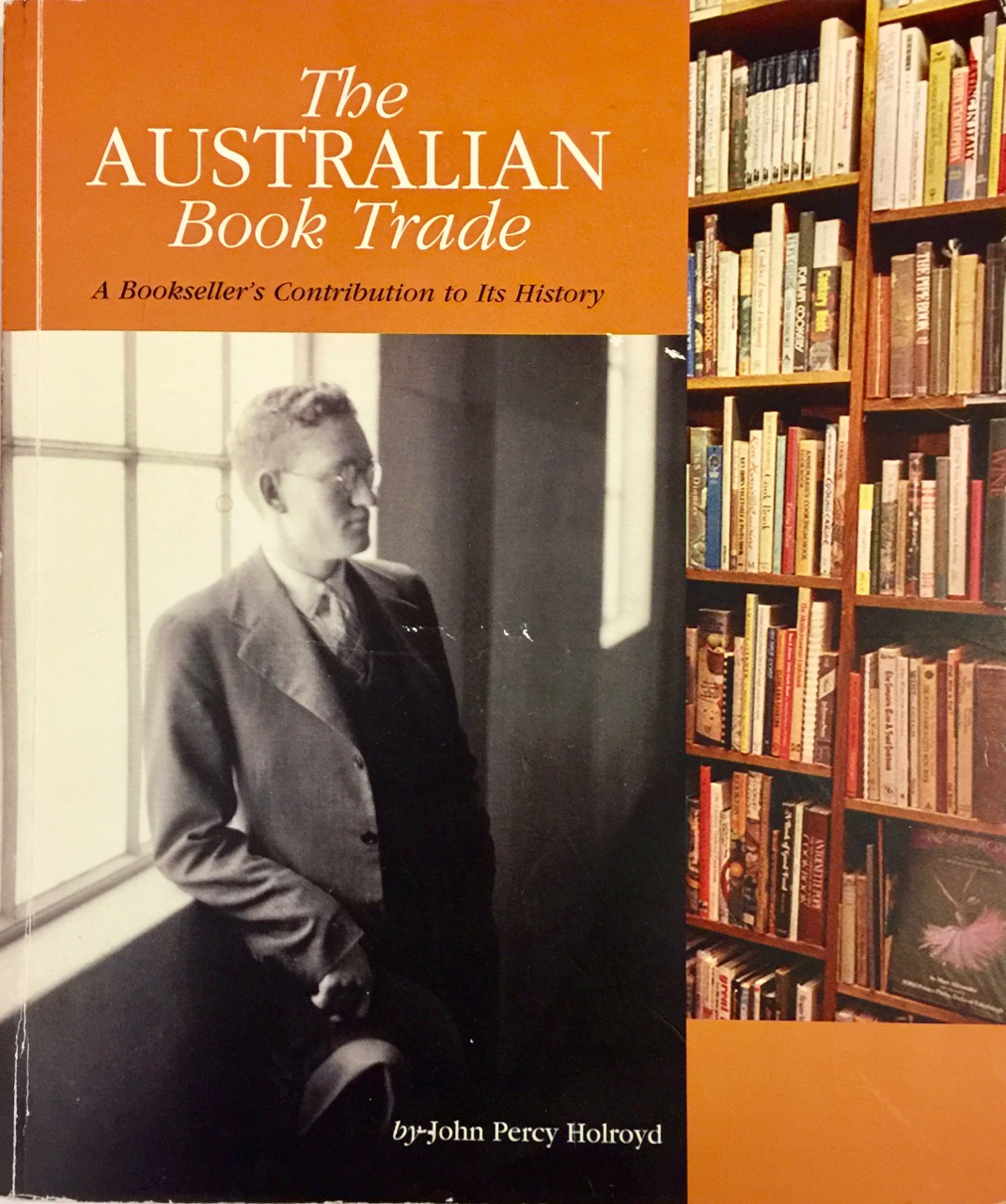 A Bookseller’s Contribution to Its History
by John Percy Holroyd

As George Dean’s book focuses on EW Cole’s life from a numismatic point of view, Holroyd’s account focuses on Cole’s role as a book publisher and seller. Holroyd kept a lifelong record of writings to do with the book trade in Australia. These writings were assembled and published posthumously by Jeff Prentice in 2015, Holroyd having died in 2000. Holroyd’s account includes a 41 page section on Cole entitled E.W. Cole – Bookseller, Showman and Reformer (pages 156 to 196). The book had a small print run of 150 copies with each copy numbered and signed by Prentice, who also wrote a 125 page introduction The Book Trade: An Overview. Distribution was through Douglas Stewart Fine Books in Melbourne who can be contacted for current availability.

The Publications section of this website summarises publications with which Cole had direct involvement, either writing, editing, compiling or publishing. However, many collectors of Cole material regard the presence of ‘E.W. Cole’ or ‘Book Arcade Melbourne’ on book spines, covers or title pages, as indicating a valuable Cole collectible.

By way of explanation, Holroyd’s book also contains 101 ‘Book Trade Notes’ that he collected, with note 98 on page 154 describing how these ‘imprinted’ books came into being:

Bibliographers are sometimes puzzled when they see an Australian bookseller’s name on the title page or spine of a British publication. There are several explanations for this practice, which has now almost disappeared.
First, the bookseller would obtain the sole rights to import and distribute in Australia (and in some cases New Zealand) a forthcoming publication by buying an agreed quantity. His name would often appear on the title page as well as the spine as well. This was practiced extensively in the 19th century by George Robertson of Melbourne. Instead of buying a given quantity of a work, he would purchase from the publisher a set of the stereotype plates relating to it. An agreed quantity would then be run off in a printery with a locally printed title page. Robertson would then have it bound in his own bindery. A lump sum would be paid to the British publisher. If the book became a bestseller on the Australian market, further supplies could be run off quickly. The saving on freight on 5,000 or 10,000 copies would be substantial. This was known as a ‘closed market.’
Secondly, E. W. Cole and others would place a large order for a book or a series with the publisher, the bookseller’s name being printed on the title page. This did not give him exclusive rights to importation or distribution. It was the ‘open market’ system.  Subscription books sold direct by canvassers to customers comprised a third category.

Cole had his own printing works and bindery so it is feasible that he was involved in both ‘closed’ and ‘open’ markets.

Two interesting anecdotes are Holroyd’s notes numbered 59 and 60 on page 147:

59. Walter Murdoch in the 1890s discovered the Master of Ballantrae by RLS, First Edition, for 1/- in a tray of throw-outs in front of Cole’s Book Arcade in Melbourne.
60. In 1890, Lionel Lindsay, who was a regular Saturday morning borrower in Cole’s second-hand department, picked up a copy of Hamerton’s book on etching for 1/-. From it he taught himself etching, then he taught it to his brother Norman and their friend Ernest Moffitt.

Holroyd, while he was Manager of the Secondhand Book Department at Robertson and Mullens, was also known to Cole Turnley, author of Cole of the Book Arcade. A letter from Holroyd to Turnley dated September 25, 1967 in included in the ‘Chronology section (item 423) of this website and can be viewed or downloaded here. The original source is State Library of Victoria MS 13558.

Some interesting highlights from Holroyd’s musings include: