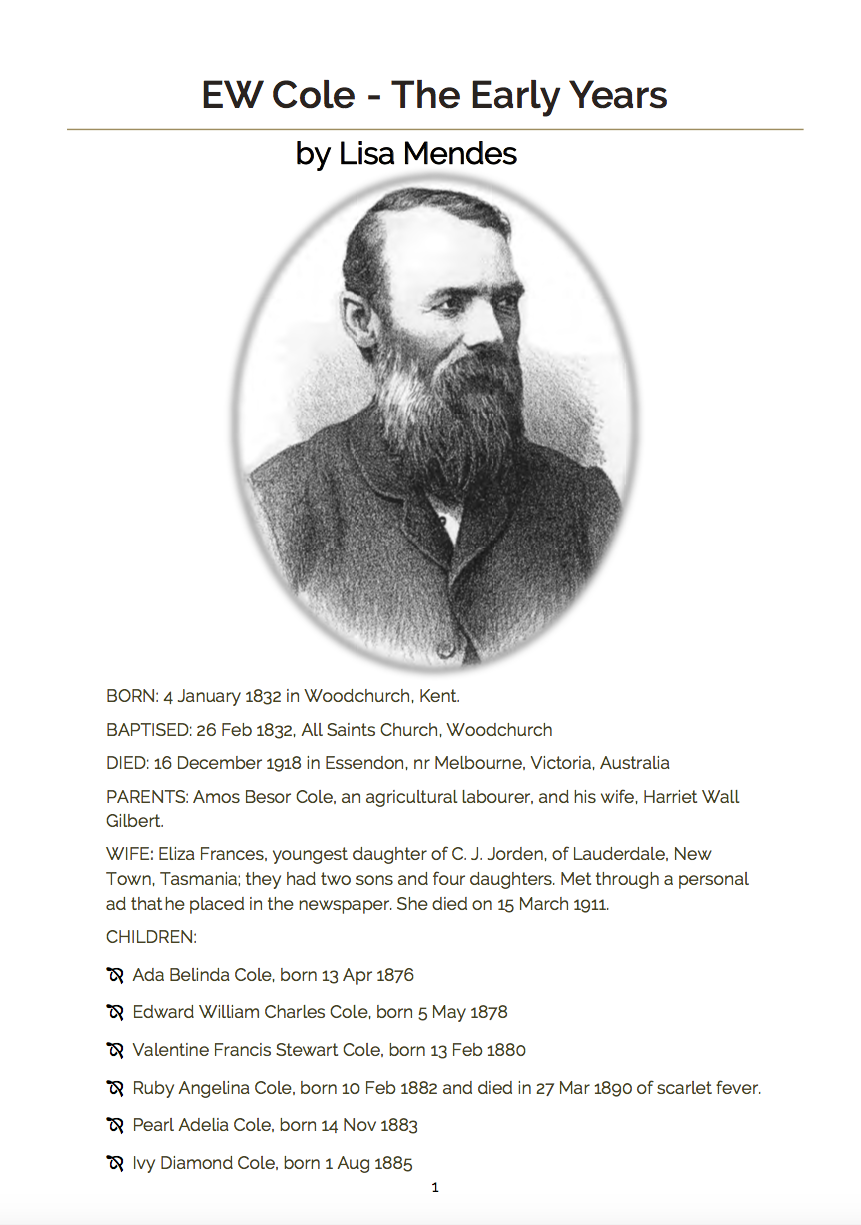 In 2017, the EW Cole Foundation commissioned an investigation into the family history of EW Cole, who was born on 4 January 1832 in Woodchurch, Kent.

They determined that in order to obtain the most comprehensive and accurate account, it was best to utilise the services of a local researcher who could access local offline, in addition to online, resources. Lisa Mendes has lived and worked in Kent for over ten years as an archive researcher and her ‘on-the-ground’ connections, including the Woodchurch Ancestry Group (WAG), has enabled critical local ‘interpretations’ of history to be undertaken. As an added bonus, Lisa also has a background in South Africa, where Cole spent two years before emigrating to Australia. The result of her extensive investigations has resulted in her 136 page report, together with 381 footnotes covering both England and South Africa, which has been made available to the webmaster by the Foundation, with grateful thanks.

Her report is for research purposes only, and not for publication. Some images may be subject to copyright. This report can be made available to interested researchers, but only after undertakings are given regarding copyright protection and the private nature of the report. If interested, please make contact via the Contact Page.

The webmaster has however prepared a summary of her report which can be downloaded from the following link. 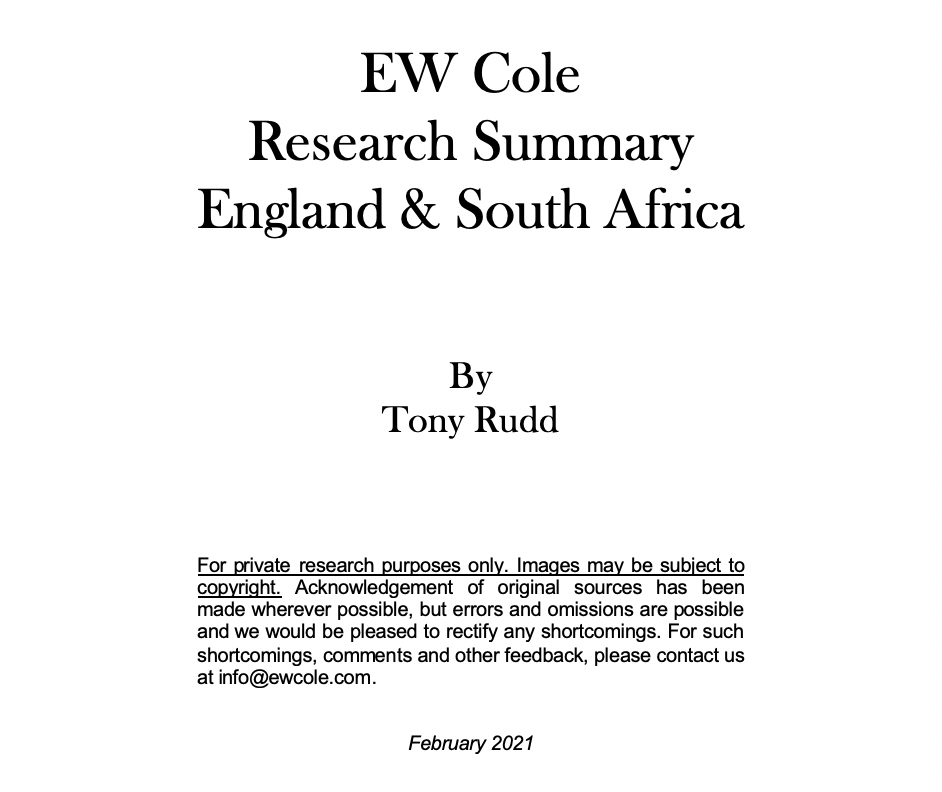 The report presents very strong evidence that EW Cole’s father was not, as claimed, Amos Besor Cole. His true father remains unknown. As a matter of historical record, a separate summary of the life of Amos Cole is available from this link.

The above report includes four family trees which have been reproduced separately as ‘Family Trees’ in this link.

They cover:
1. The family tree of EW Cole’s mother Harriet Gilbert
2. The Watson family tree, the result of Cole’s mother, Harriet, marrying Thomas Watson. Cole maintained close contact with his half-family, with his stepfather Thomas, half-brother John and half-sisters Sarah and Hannah all emigrating to Australia.
3. The Jorden – EW Cole family tree, including their six children, the fourth of which, Ruby Angelina Cole, died at age 11.
4. The Amos Cole family tree, who, despite reports of dying shortly after Cole’s birth (see Turnley), survived and was transported to Van Diemen’s Land (Tasmania) in 1836.