There have been two novels based around the life of E. W. Cole. The Grandest Bookshop in the World was published in 2020 and was written by Amelia Mellor. The front cover appears at left.

The Grandest Bookshop
in the World

Pearl and Valley Cole live in a bookshop. And not just any bookshop. In 1893, Cole’s Book Arcade in Melbourne is the grandest bookshop in the world, brimming with every curiosity imaginable. Each day brings fresh delights for the siblings: voice-changing sweets, talking parrots, a new story written just for them by their eccentric father.

When Pearl and Vally learn that Pa has risked the Arcade – and himself – in a shocking deal with the mysterious Obscurosmith, the siblings hatch a plan. Soon they are swept into a dangerous game with impossibly high stakes: defeat seven challenges by the stroke of midnight and both the Arcade and their father will be restored. But if they fail, Pearl and Vally won’t just lose Pa – they’ll forget that he and the Arcade ever existed.

The earlier novel was Utopian Man, by Lisa Lang, who in 2007 also wrote a biography of Cole’s life.

It is the 1880s and Marvellous Melbourne is a lavish and raucous city where anything could happen. Eccentric entrepreneur Edward William Cole is building the sprawling Cole’s Book Arcade and filling it with whatever amuses him, or supports his favourite causes: a giant squid, a brass band, monkeys, a black man whose skin has turned white, a Chinese tea salon, and of course, hundreds of thousands of books.

When Edward decides to marry he advertises for a wife in the local newspaper, shocking and titillating the whole town. To everyone’s surprise he marries his broadsheet bride and the Arcade grows into a monumental success.

But the 1890s depression hits Melbourne – and Edward – hard, and the death of one of his children leaves him reeling. Grief, corruption and a beautiful, unscrupulous widow all threaten to derail his singular vision. But it is not until he visits Chinatown one night – and his own deeply suppressed past – that the idealist faces his toughest challenge.

Utopian Man is the story of a man who lives his life on his own terms, and leaves behind a remarkable legacy. 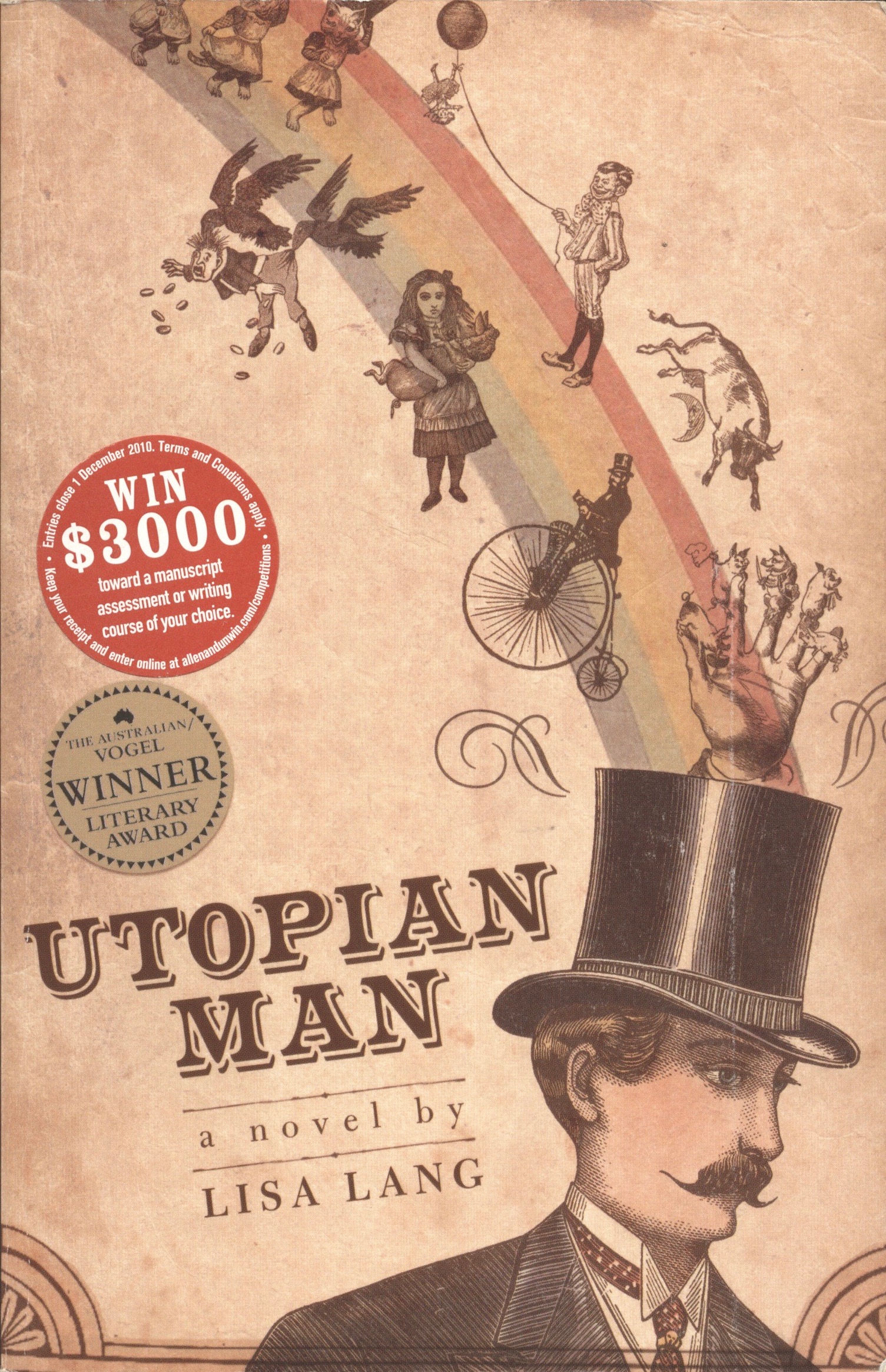