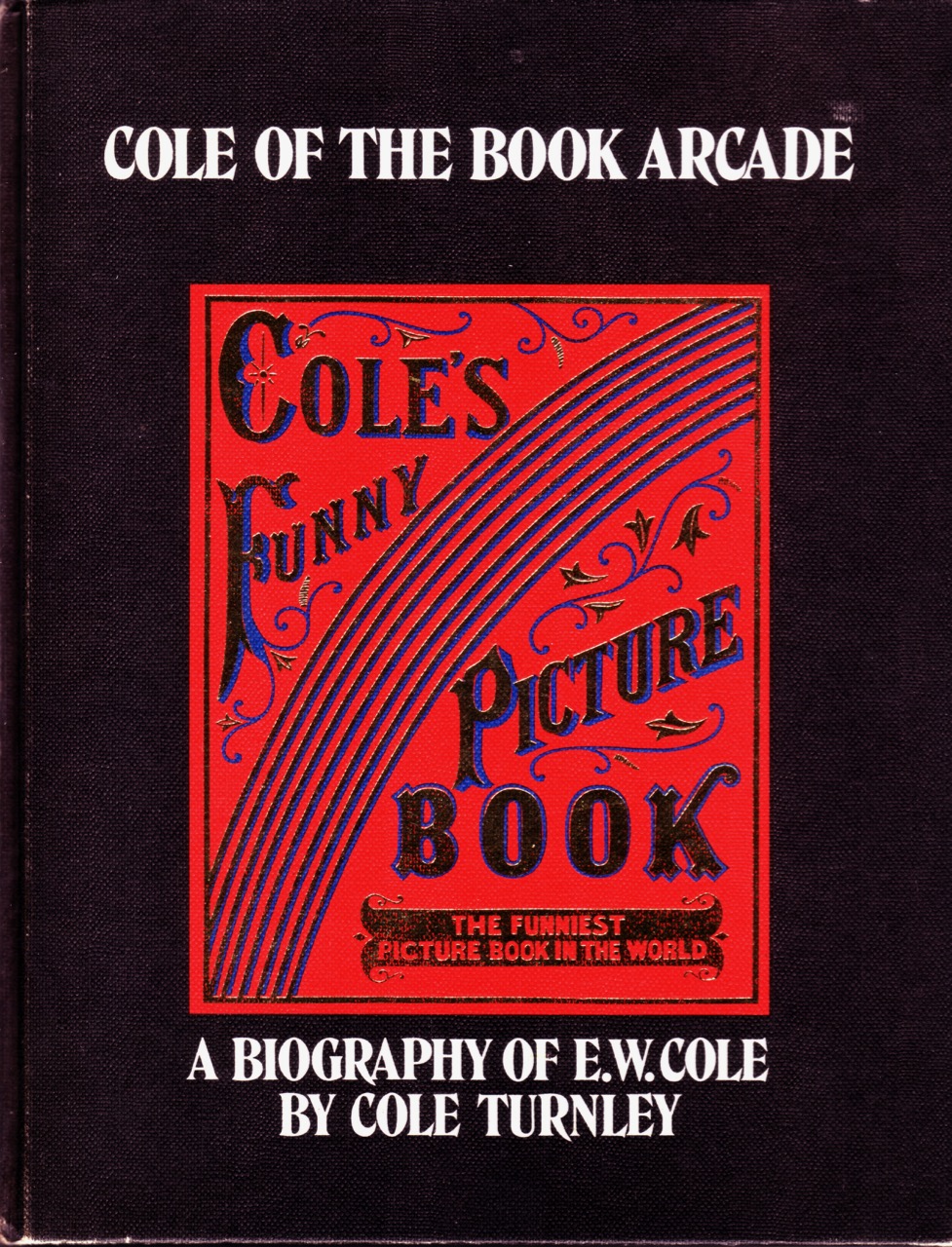 Cole of the Book Arcade

A Biography of E. W. Cole by Cole Turnley

Edward Cole Turnley was the son of Cole’s eldest daughter, Ada Belinda, and Angus Francis Turnley. In March 1929, Cole’s son Val Cole and A. F. Turnley bought the rights to all Cole publications for £2,400 as reported in the Age of March 26. Val Cole ‘… explained yesterday that the main reason they had in buying the business was to obtain the publications which went with the goodwill, and which they would continue to print and sell.’

This ensured that the famous Cole’s Funny Picture Book continued to be published well after Cole’s death, with A. F. Turnley’s son Edward Cole Turnley, continuing the tradition. Some copies of Turnley’s biography are still available from Turnley’s daughters. Details will be forwarded by making a request via the Contact Page.

In the Acknowledgements, Turnley says:

The compilation of this biography has taken many years, with the sad result that several of the people who were of great help to me have to be thanked posthumously. Chief amongst these is my mother, who was Cole’s eldest child, Linda. She worshipped the memory of her father and I was brought up to respect and venerate my grandfather, for whom I have always felt great empathy.
In later years I used to visit her with my tape-recorder, and we would have “recollection sessions”. Her recall was incredible, and she was even able to conjure up much of Cole’s life before her own birth, when she repeated stories of his youth which he loved to tell his children.
Again posthumous thanks must go to Cole’s two sons, my uncles Eddy and Vally, for the stories they, too, told me when I was a boy.
Of Cole’s children happily still living are my aunts, Miss Pearl Cole and Mrs Ivy Rudd [the webmaster’s grandmother] and I am indebted to them, also, for the reminiscences with which they provided me,  both written and taped.
There were several old employees of the Arcade with whom I have lost touch over the year, but who earned by gratitude for providing me with many illuminating reminiscences of their days there, notably Messrs Charlie Probert, Walter Orton, Alf Warburton, Charlie Davenport and Alec Scott; and of the Sydney Arcade, Guy Moore.

Turnley divides his biography into 28 chapters, plus appendix:

Page 8 – Paragraph
Turnley states …for at his [Amos’s] death – which occurred only some three or four years after Edward’s birth …
Amos Cole survived and lived to be transported to Australia. See research summary Pre-1852 – Mendes for details.