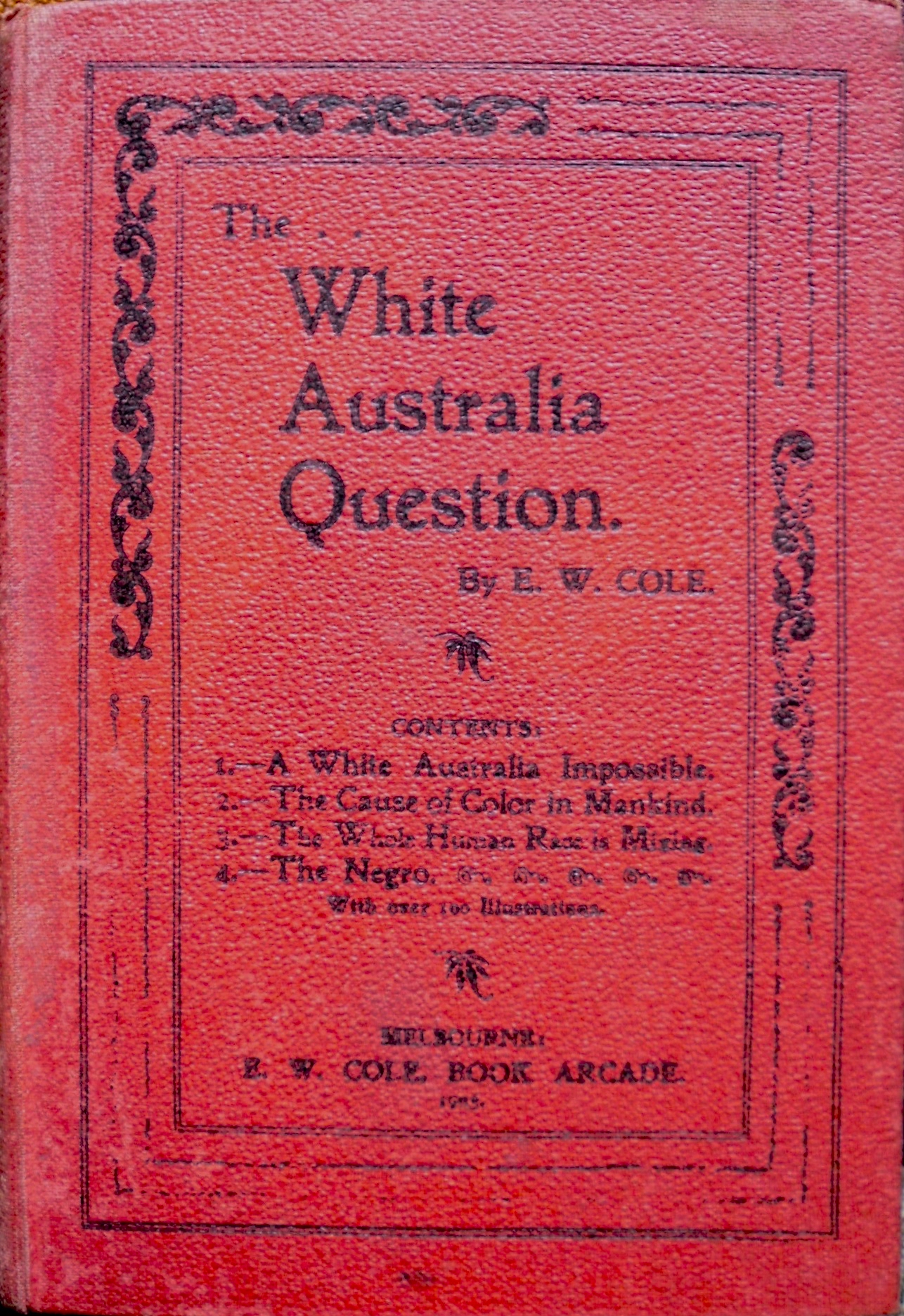 Cole’s publication at left is entitled The White Australia Question, and is divided into four Parts:

Cole writes in his synopsis to Part 1:
This pamphlet contains arguments against the possibility and desirability of “A White Australia”; an account of the amazing progress, the great and growing power, and the increasing population of Japan – our possible enemy; and of the enormous and overflowing populations of our other near neighbours, Java, China, and India.
The object of the whole argument is to demonstrate that these countries, containing about half the human race, all coloured, are increasing their population very fast; that, as they lie very near to us, a large portion of their excess must overflow Australia-wards; and that it is safest, most humane, and bests for the interest of Australia and mankind at large, that, under just and proper restrictions and regulations we should receive, even invite and assist them to settle as friends, instead of attempting to repel them as undesirables or enemies. 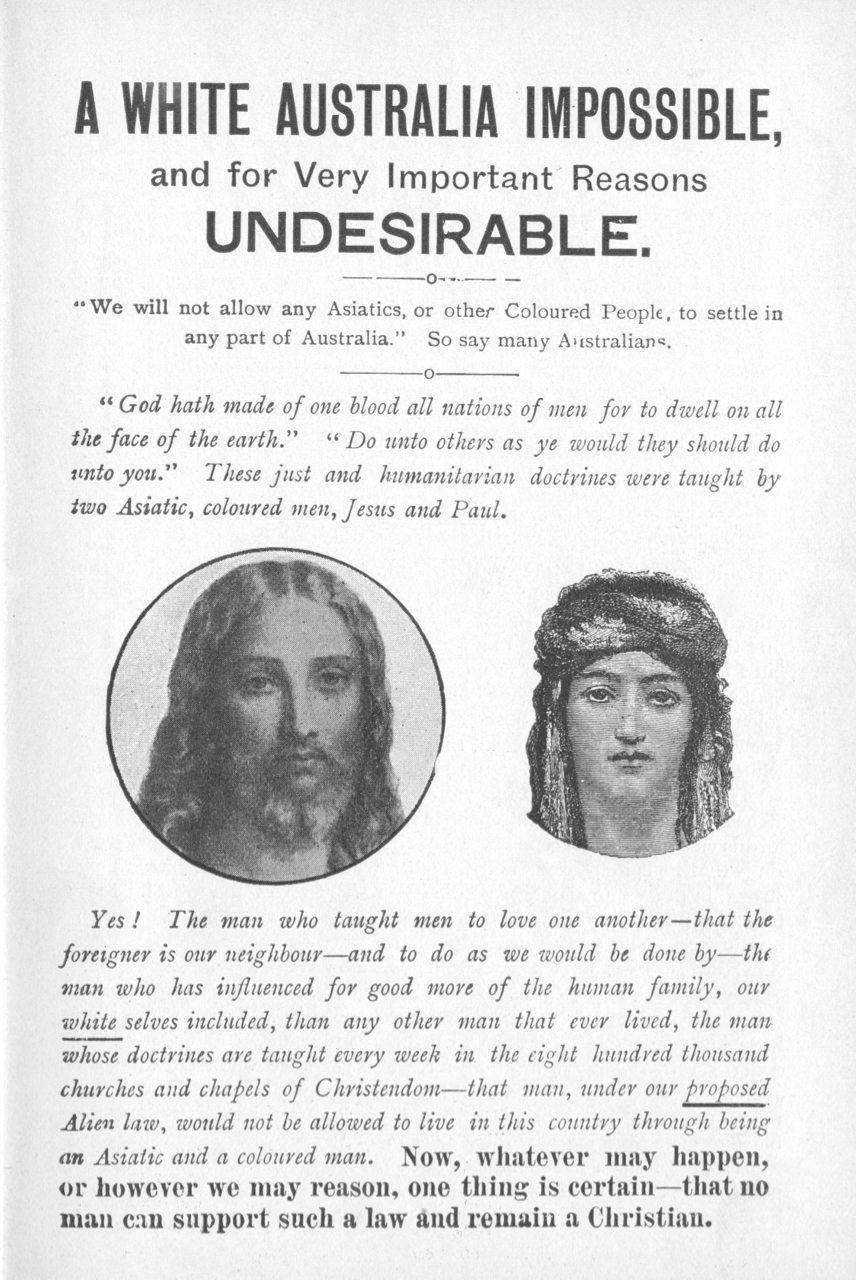 Page 1 of Part 1 from Cole’s publication The White Australia Question. This same page is repeated (in landscape shape) in Cole’s Cosmopolitan Reasoner on page 163. There, the image at right is identified as ‘A woman of Nazareth’. See Part 2 The Cause of Colour in Mankind (below) for Cole’s comments on this page.

Part 2: The Cause of Colour in Mankind

Cole introduces Part 2 by referring to the above image saying:
Here and there exception has been taken to my representing Jesus, in the first section of this book, as a coloured man. Our egotistical pride would make him a white man; but general legend and literature represent him as of the same colour as all the Bible characters, namely of a tan or brown, as all the Syrians are and must be in such a warm climate. 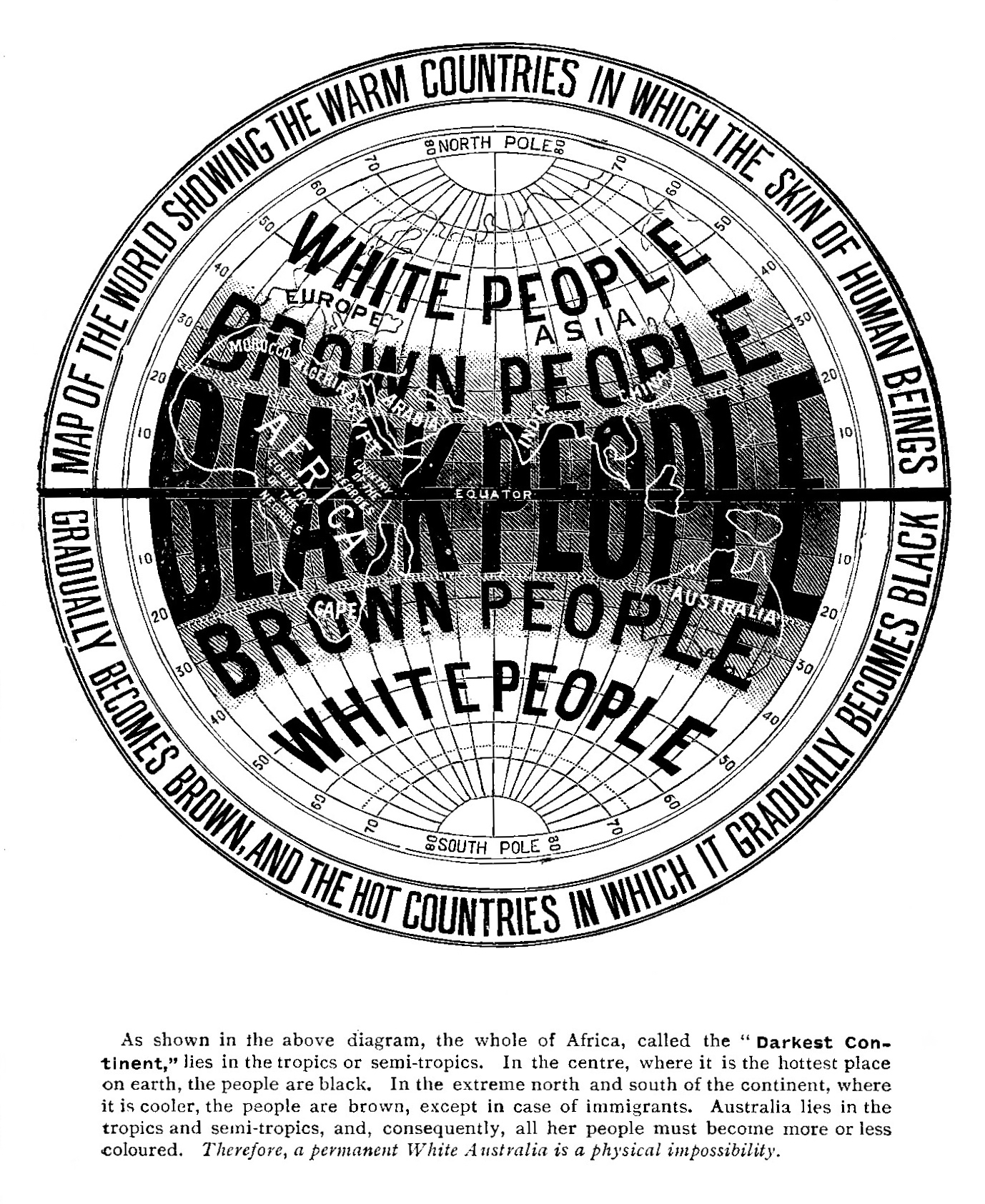 Page 27 of Part 1 of Cole’s publication The White Australia Question. The same illustration is used in Cole’s Cosmopolitan Reasoner on page 175.

Cole introduces Part 3 as follows:
Reader, I intend in the following pages to show that all mankind are akin – that all are cousins. 1st cousin, 2nd cousin, 32nd cousin, or 132nd cousin as the case may be, but cousins of some degree. It is certain there is not an Englishman, nor an Irishman, nor a Scotchman, nor a Welshman, nor a Frenchman, nor a German, nor a Jew, nor a Chinaman, nor an Indian, nor a Negro, but is his own cousin of some degree.
This may not be pleasing to the man dwelling in temperate climates and proud of his white colour, but it is true nevertheless. We must not think, because portions of the human race have dwelt for a long time in distant and tropical climates, and been coloured by the sun, that they are not our blood relations. All mankind are our blood relations. 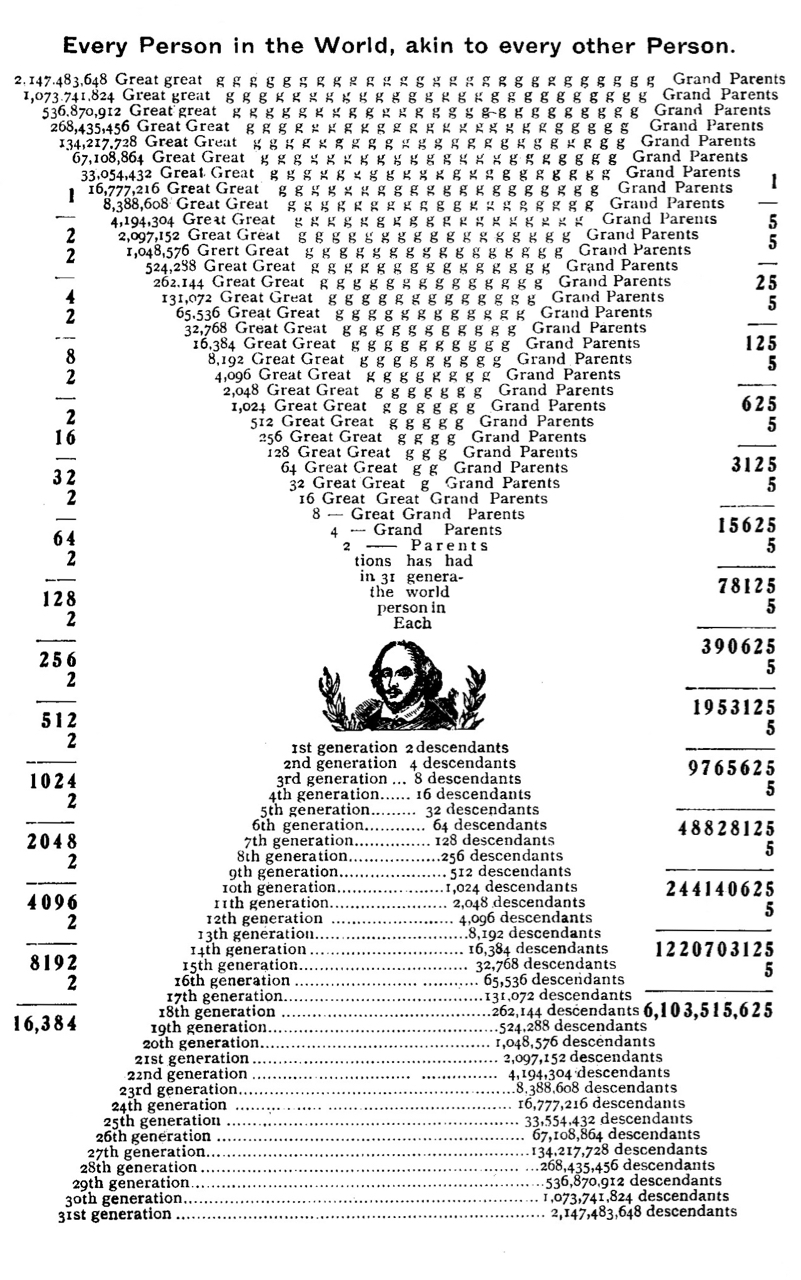 Illustration on page 3 of Part 3 The Whole Human Race is Mixing from Cole’s publication The White Australia Question. The same illustration is included in Cole’s Cosmopolitan Reasoner on page 180 and a 3MB .pdf of this page is available here.

In addition to the relationship issue, Cole then proceeds to examine the mixing of mankind as follows:

And now, Reader, I intend, in the following pages, to prove by quotations from well-known authorities that mankind in all ages and countries has mixed, and is still mixing, and that judging by that evidence, and my own observation, I am convinced they will continue to mix, in spite of all prejudiced and restrictive legislation to the contrary. I shall take the five divisions of the world – Europe, Asia, Africa, America, and Oceana – consectutively …

A .pdf of the 52 page (18.5MB) document: “The Negro: The Third Great Coloured Race of the World” is available here.

Cole introduces Part 4 as follows:
There are three great “coloured” races of mankind upon the earth, The Chinese, The Hindoo, and the Negro. In round  figures, the Chinese number about 400 millions, The Hindoos about 300 millions and the Negroes about 200 millions. The population of the world is about 1,600 millions, so that the three coloured races comprise more than half of humankind, and the nearest shore of each of the great races lies only fourteen days’ sailing from Australia.
I shall commence with the Negro race, for two reasons; firstly that it has been in the past, and still is, most closely in contact with, and its blood most blended with that of the “white” races; and secondly, because it is more convenient for me, as information about the Negro at present lies closest to my hand. 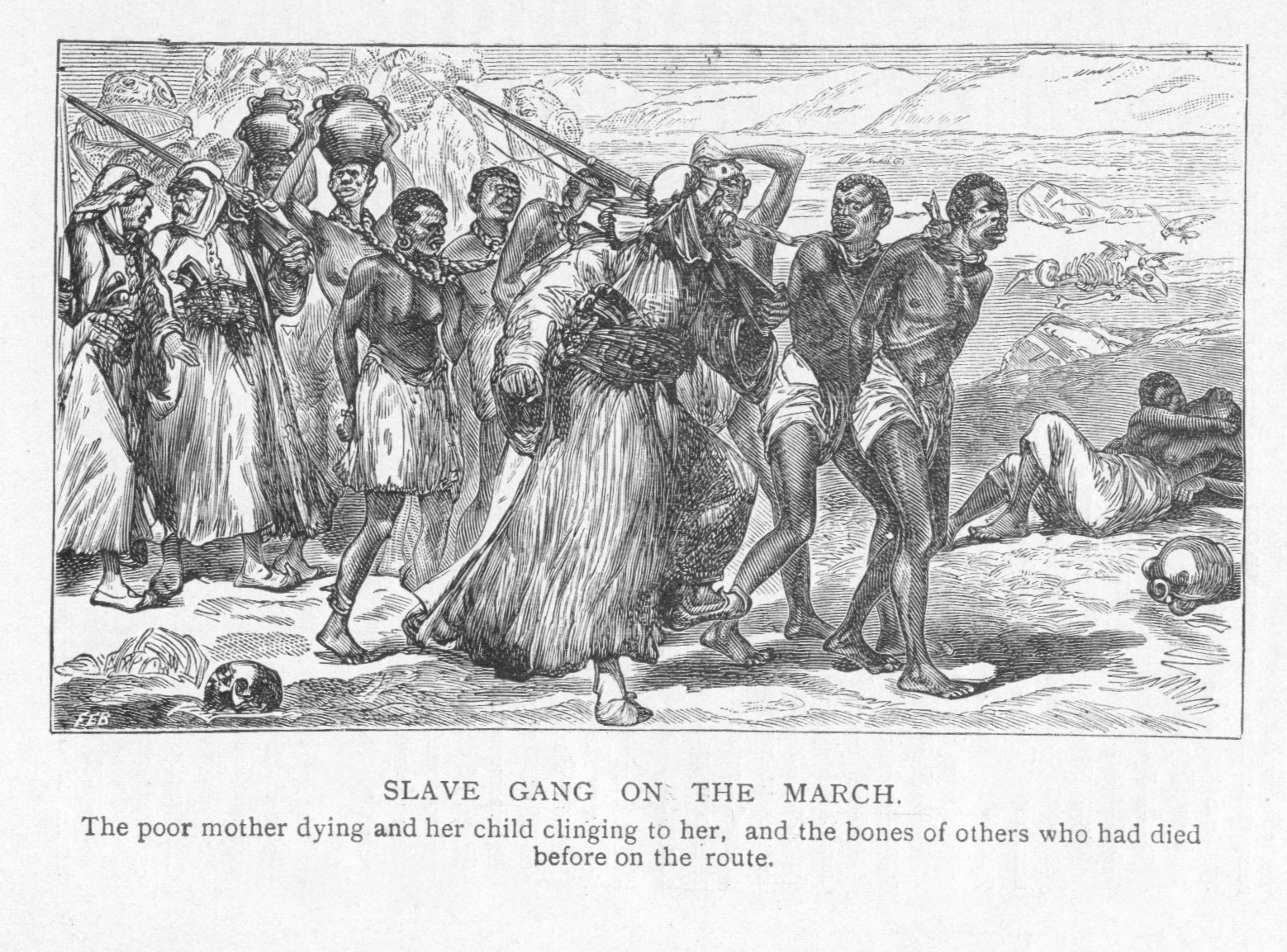 Illustration on page 10 of Part 4: The Negro in Cole’s The White Australia Question.

Cole covers similar material to Parts 1 – 4 of The White Australia Question in another publication – Cole’s Cosmopolitan Reasoner. A 146MB .pdf of the complete 101 page booklet is available here.

Relevant material is listed as follows:
“A White Australia” Impossible and for Many Reasons Undesirable … 163 – 4
Japan, our First Great Commonwealth Trouble … 165 – 70
Cause of Colour in Mankind, with Illustrations … 175 – 9
The Whole Human Race is Mixing … 180
(See also Selected Works Part III, as detailed above.)
20 Strong Reasons Against the Possibility of “A White Australia” … 181
(This has also been transcribed as a 4MB 3 page .pdf available here.)
What 24 of our Federal Legislators said about the Alien Immigration Educational Test … 182
What 40 Eminent Japanese Say of the White Australia Act … 183 – 186
(This also appeared in Selected Works Part III as item 1. of 12. A link to the complete 474 page, 127MB .pdf is available here. A separate transcript of Item 1. as a 36MB 26 page .pdf is available here.)
Education among the Japanese … 187
Speech of a Japanese Member of Parliament, in English … 188
Better Side of an Unfairly Despised Quarter of Mankind … 189 – 99
(This was also produced as a separate 28 page booklet and the 296MB .pdf is available at this link. Cole also produced a pamphlet covering two subjects – Cotton Growing and Better Side of the Chinese Character. A 52 page .pdf covering both subjects, 257MB in size, is available here. Both subjects were also reissued as separate books, the covers of which are shown below.) 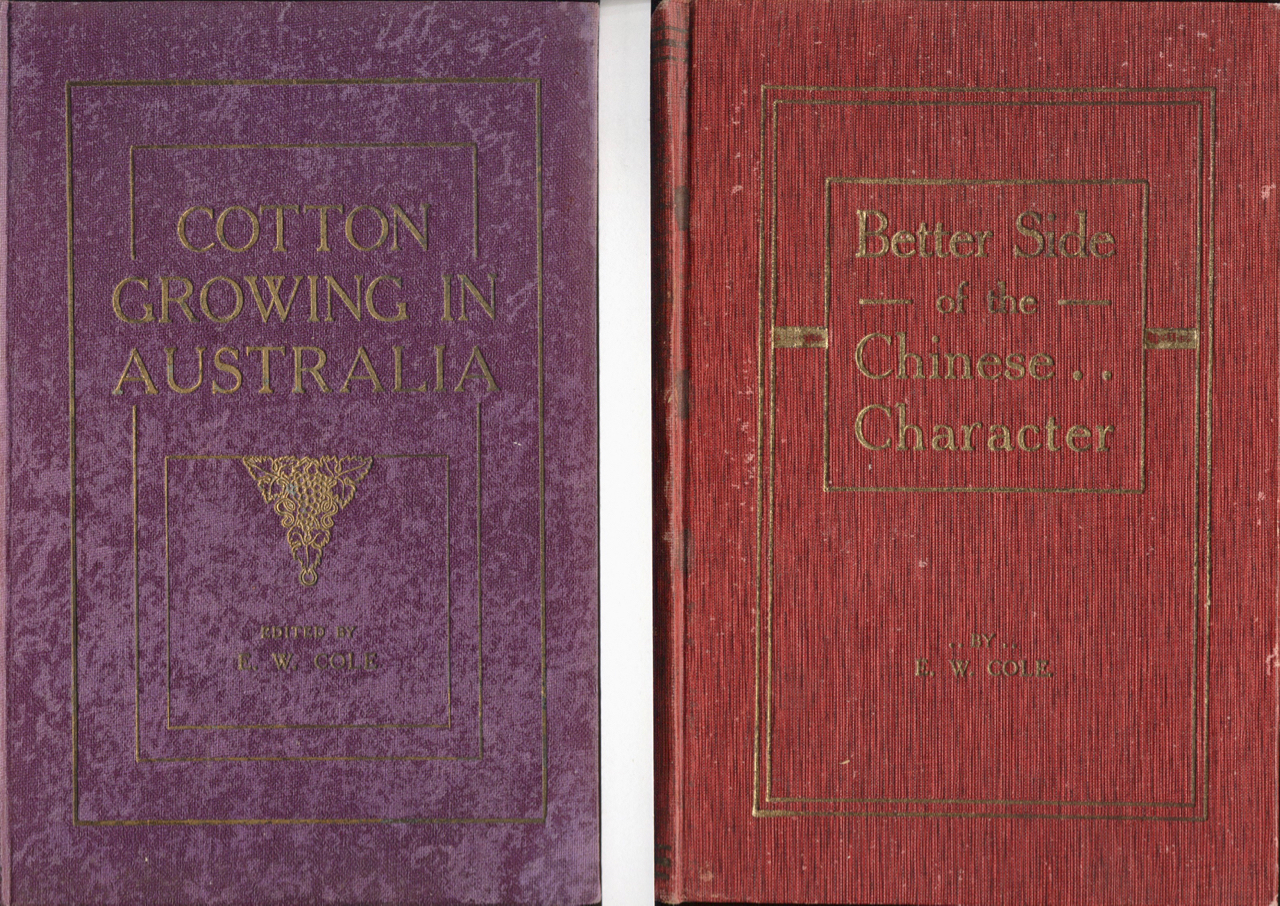 What We Should Do to Develop Tropical Australia … 200
Australia and its Neighbours – 800 Millions of them shown by the most striking diagrams … 201
150 Facts about Cotton Growing in Australia … 202 – 3
(See item above, Cole also produced a pamphlet covering two subjects – Cotton Growing and Better Side of the Chinese Character. A 52 page .pdf covering both subjects, 257MB in size, is available here.)
Press Opinions of “A White Australia Impossible … 255 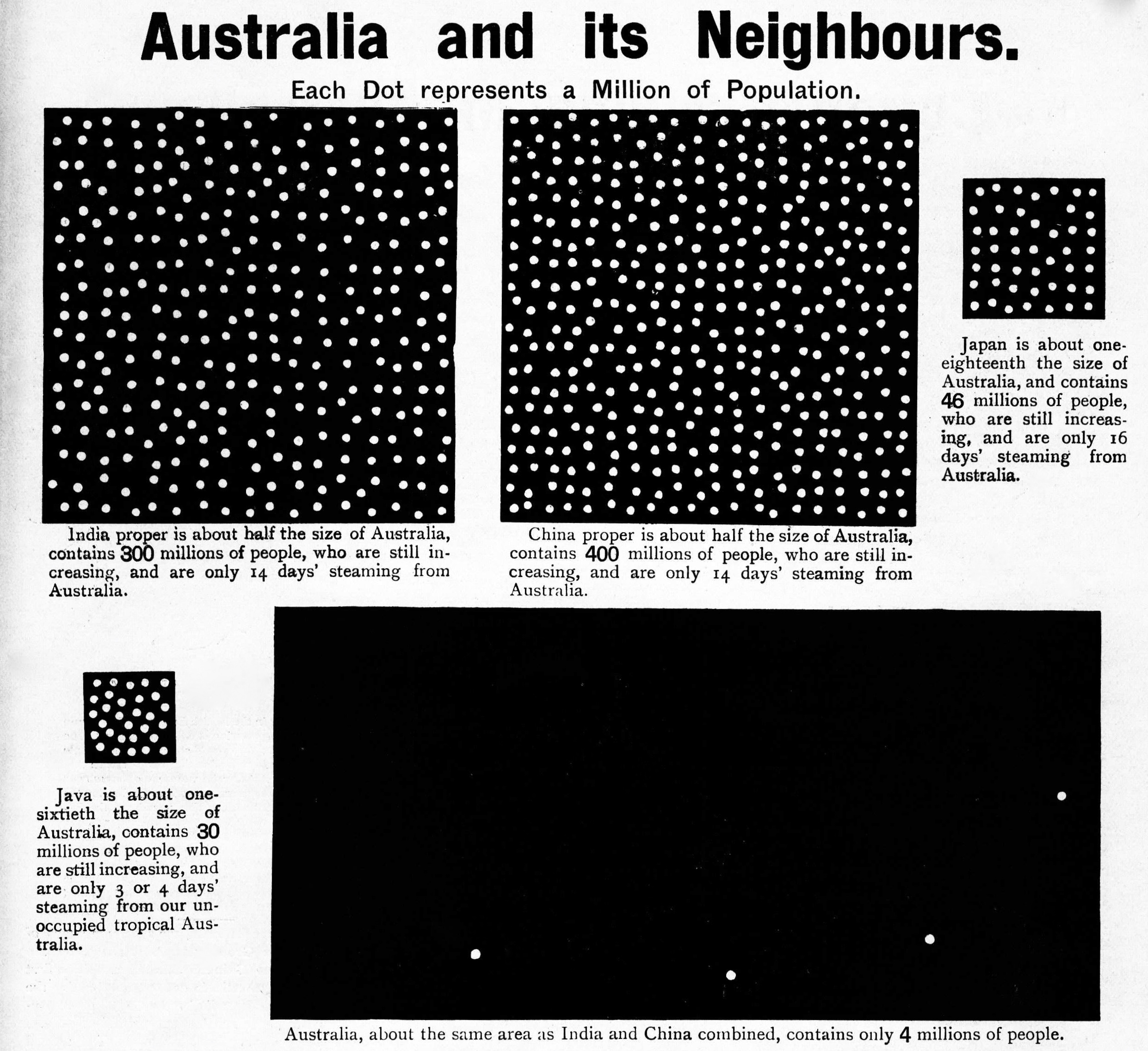 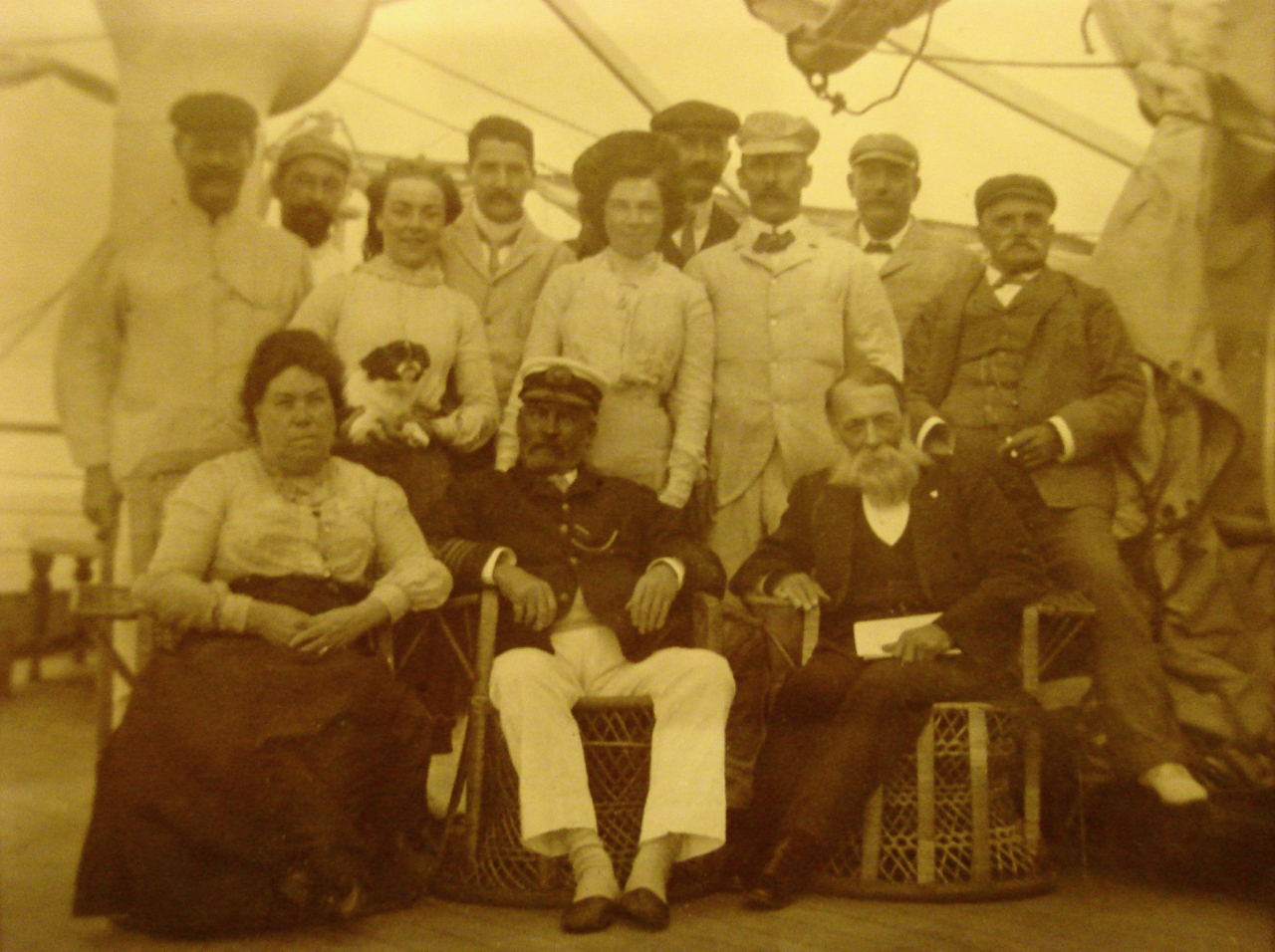 On 22 April, 1903, Cole, Eliza, Linda and Ivy Cole sailed on the ‘Kumano Maru’ for Japan and returned to Circular Quay, Sydney, six months later on 25 November, 1903. Shortly after his return to Melbourne, Cole published What 40 Eminent Japanese Say of the White Australia Act as reprinted in the Cosmopolitan Reasoner on pages 183 – 6. The photo shows Eliza and Cole seated, flanking the ship’s captain. Standing third from left is Ivy, holding a Japanese poodle named “Wai” (White Australia Impossible) presented to Cole by Count Omura in Japan. Linda is standing fifth from left.