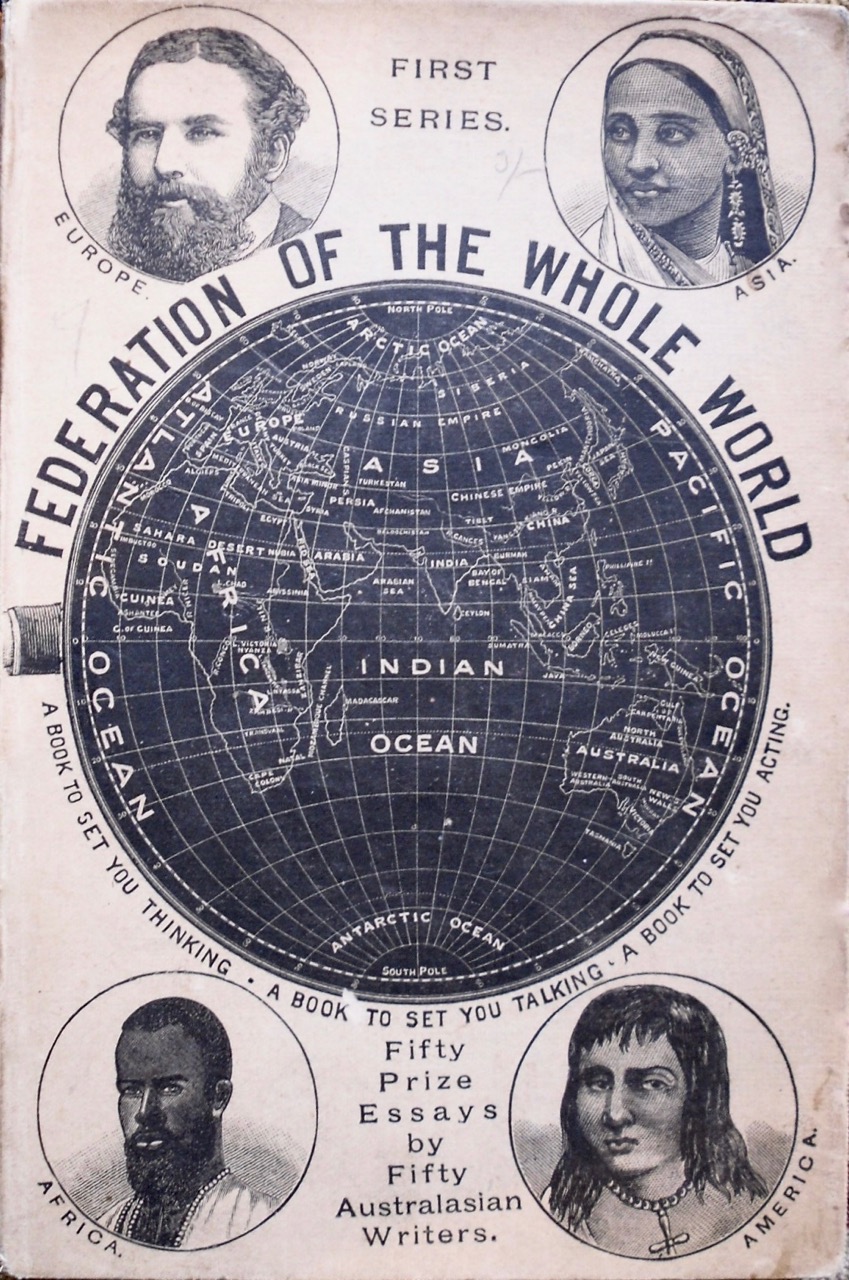 Federation of the World

In the Preface to his publication shown at left, Cole wrote:

To Writers, Legislators, Clergymen, Students, Schoolmasters, Debaters and thinkers generally — I, the undersigned, firmly believing that the Federation of the Whole World is both desirable and possible, and wishing to ascertain what can be said on the subject — for and against — by the thinkers of Australasia, hereby offer a prize of £10 each for the best five essays in favor of its desirability and possibility, and a prize of £10 each for the five best essays against its desirability and possibility; such essays to be concisely and clearly expressed and plainly written on from one to four pages of foolscap, and sent, addressed to me, at the Book Arcade, Melbourne, before the 1st of June, 1890. And I further promise to print in book form for general circulation the hundred best essays sent in.

To ensure objectivity by the judges, Cole asked each applicant to sign a nom-de-plume at the end of the essay, with their real name and address in a sealed envelope to be opened by the judges only after a decision had been made. Further on in the Preface, Cole gave his context for undertaking the competition:

And now, dear reader, a few words in conclusion. Don’t pooh-pooh the matter as utopian, too distant, or unimportant. Undoubtedly we are on the eve of great changes in the matter of governments, and the educational and social conditions of mankind; and the Federation of all nations into one united government, with all its attendant and possible blessings, is the grandest of all earthly subjects, and well worth the immediate consideration of yourself and every human being. For myself, I am firmly convinced that the most important matters which can engage our attention are the thorough education and federation of all mankind and the immortality of the soul. And if you are somewhat favorable, don’t say that the Federation of the Whole World is desirable and possible, but not probable. If it be desirable and possible, it will soon become probable and actual. The united determination of the progressive thinkers of mankind by their persistent action will rapidly convince the awakening masses in every land, and soon bring the idea within the range of practical politics.

After the opening of the sealed envelope revealing the true identity of the winning nom-de-plume of “Chilperic”, the winner of the best essay in favor was determined to be the editor of the Bulletin, Mr. James Edmonds. In addition to the essay being the first in Cole’s book, it also featured on the inside and outside back covers of Cole’s Cosmopolitan Reasoner and can be viewed here (6.6MB).

Cole also produced his own manifesto on the subject Federation of the World Inevitable before the Year 2000 and a 4 page transcript can be viewed here (62KB).

There is an interesting anecdote related by John Holroyd (see Holroyd biography) in a letter to Cole Turnley (see Cole Turnley biography) dated 25th September 1967. The full letter can be viewed here but the relevant paragraph regarding the prize winning essay is:

Cole offered prizes for essays in connexion with Federation, one for the best in favour of Federation, the other for the best essay opposing it. The winners were announced at a public ceremony held when the Duke of York was in Melbourne to open the first Federal Parliament. James Edmond of the “Bulletin” won the prize for the best essay in favour. He went up to the platform and received his prize. Then Cole announced the winner of the best essay against Federation, “Mr. James Wilson”. There was consternation when Edmond returned to the platform to claim this prize. It took some time to convince Cole that he was “James Wilson”. Cole refused to give him the other prize, saying he had not observed the spirit of the contest.

Edmond, who had a sardonic sense of humour, wanted to prove that it was equally easy to argue against a case as for it. 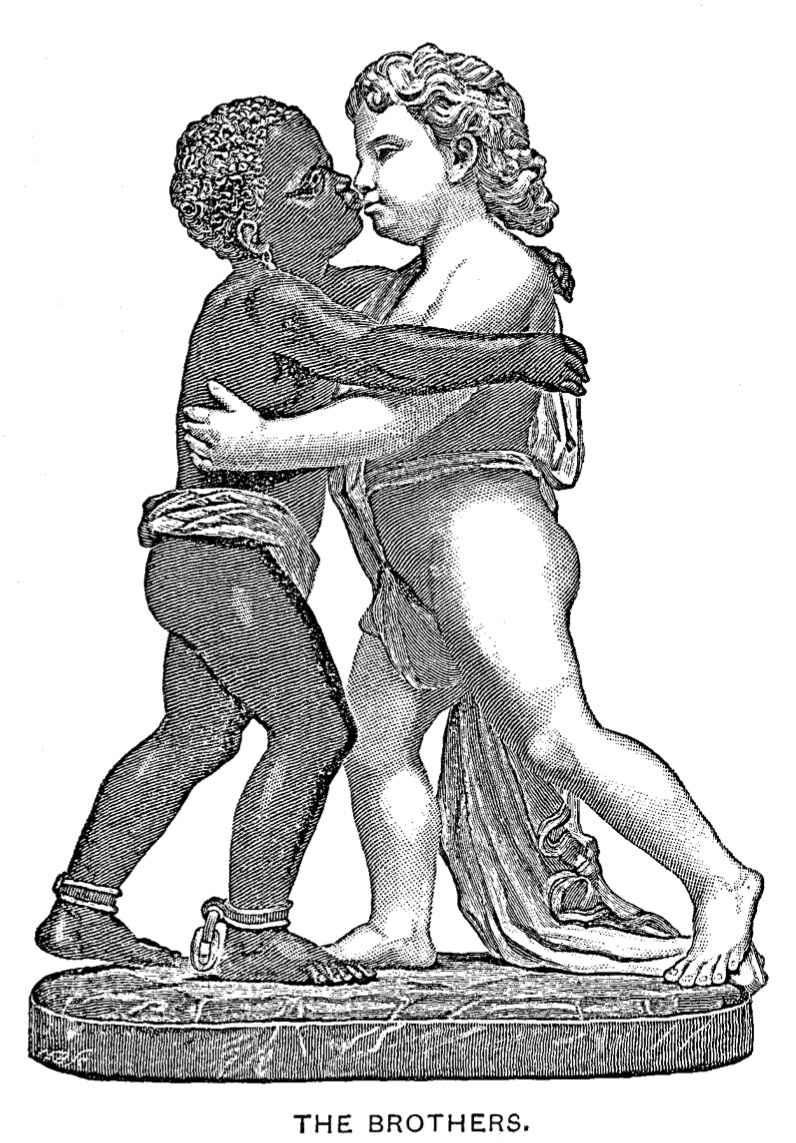 This illustration is shown on the inside front cover of Cole’s book prior to the title page. Note the remains of leg irons on the figure at left.