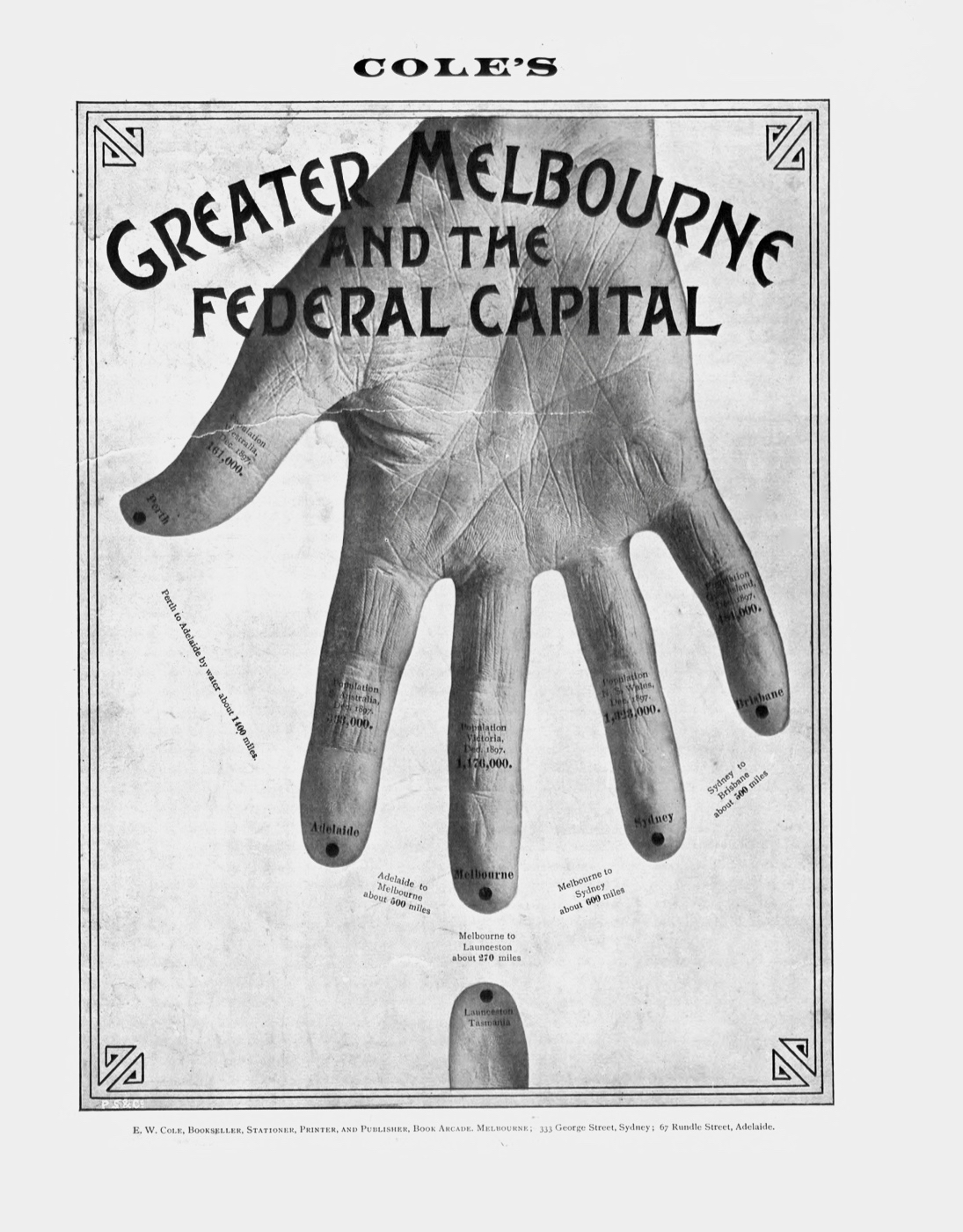 Twenty Reasons why Albury should be the Federal Capital

Never one to miss an opportunity, Cole saw the Federation of Australia as a step towards World Federation, and on the same page 32 under the title Onward Steps, he declared:

And now I would beg pardon of the reader, for obtruding a few words on what may be considered by some as foreign to the subject – the coming Federation of the Whole World, but I cannot lose this opportunity. I love Australian Federation because it is good in itself, and also because it is a step towards the greater Federation; and in spite of all the armaments and the feverish selfishness of the world, I see it as coming. The trend of men’s minds is towards Federation, progress, and peace, and the first step is towards forging larger and larger governments. 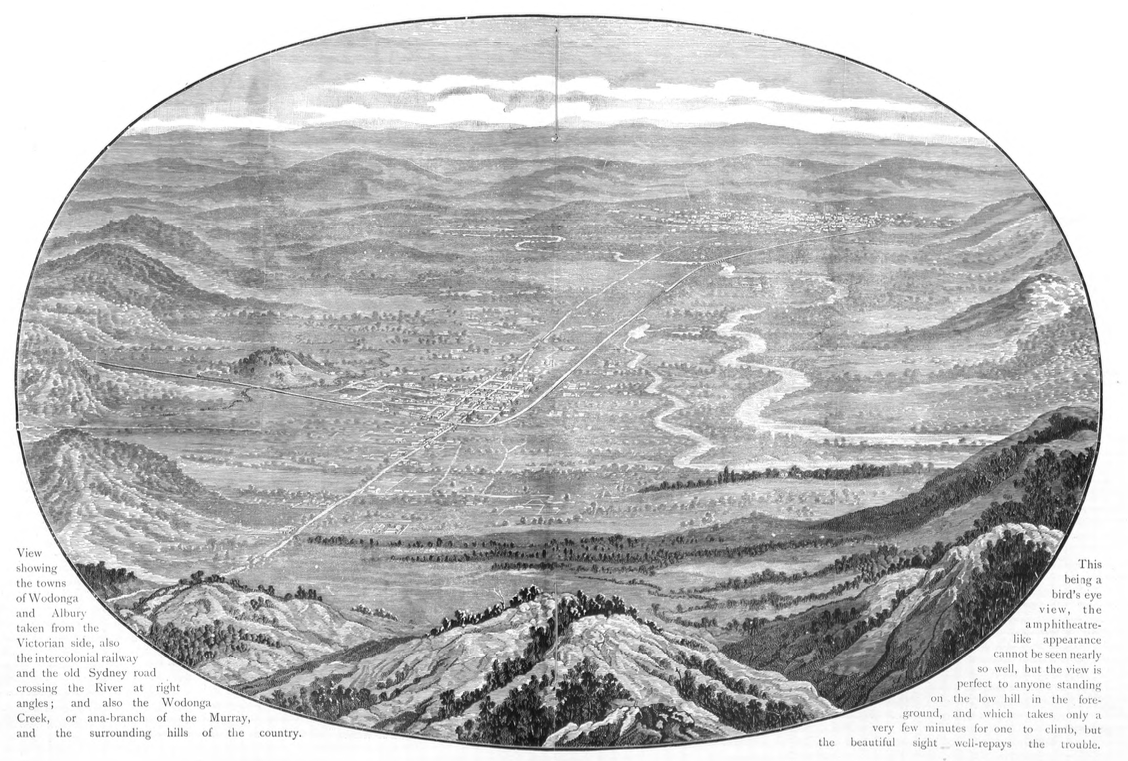 The caption to this illustration on pages 28 and 29 of the pamphlet reads:

View showing the towns of Wodonga and Albury taken from the Victorian side, also the intercolonial railway and the old Sydney road crossing the river at right angles; and also the Wodonga Creek, or ana-branch of the Murray, and the surrounding hills of the country. This being a bird’s eye view, the amphitheatre-like appearance cannot be seen so well, but the view is perfect to anyone standing on the low hill in the foreground, and which takes only a few minutes for one to climb, but the beautiful sight well-repays the trouble.

The 32 page booklet is followed by another 16 page section (with its own page numbering) entitled Supplementary Album: Our Melbourne Inland Sea – Its Towns and Settlements. The complete booklet is available here (28MB).